The real question is.....Are YOU right for a Chinchilla?

Things to consider before you make the commitment. 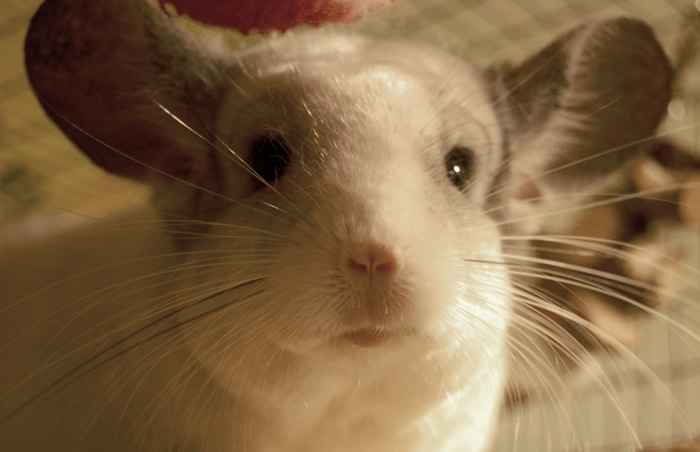 So often people ask if a chinchilla would be right for them, when the question should really be; are YOU right for a chinchilla? One of the most frequently asked questions I get when people hear about how many surrenders we are asked to take is, 'why do people want to give up their chinchillas'? The most common reason people give is, "I don't have time for him anymore or he deserves more attention than I can give him", which is basically the same reason. People's lives change, they lose interest in him, they get new jobs, move, have babies, go to college, and develop allergies. All of these reasons are why people stop spending time with their chinchilla and find themselves just feeding and cleaning him and not much else. Then, the cleaning, feeding and space the cage is taking up just gets to be too much. Many people recognize that this is not fair to the chinchilla and want to find a home where he will get proper attention and play time that he deserves.

Before you think about getting a chinchilla, I want you to understand that they are a lot of work and a serious commitment. Of course this qualifies for all animals, but for some reason many people seem to think that living with a chinchilla is going to be easy. I think this is greatly perpetuated by the pet store industry and backyard breeders. When I speak with people about chinchillas, I tell them how wonderful, social, playful, intelligent and loving these animals are. However, I also tell people what a long term commitment they are. That they are hyper and usually don't like to be held for any length of time, that they are messy, how it takes time for most chinchillas to get to know you and that they can live 15-20 years among other facts. These animals are so wonderful and I adore them and others in the chinchilla community are just as chinchilla crazy as I am, but just because you love animals and chinchillas are so cute and furry does not mean a chinchilla is good for you. They are unlike any other animal when it comes to personality and many people find that they are very disappointed after getting a chinchilla because they put expectations on these critters that they simply can't live up to. You will not change a chinchilla no matter how much you want to. These animals will not flourish in a home where they don't have proper housing, healthy diet, toys or proper attention and play time. You, as a chinchilla parent really need to structure a part of your day around your chinchilla. They are not independent animals and unlike many small critters, chinchillas potentially can live a very long time.

So please consider a few things before bringing a chinchilla into your home.